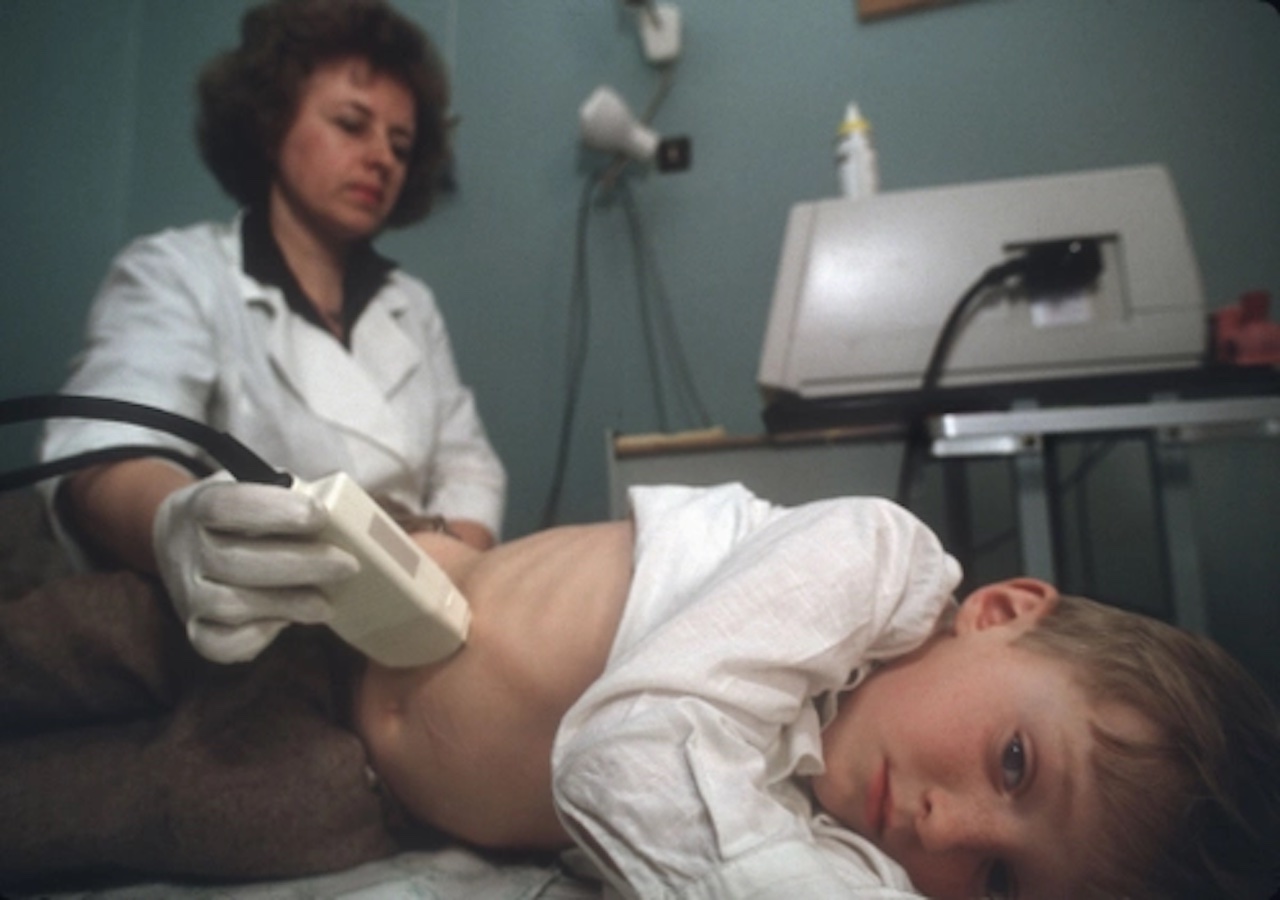 26 April is the 36th anniversary of the Chernobyl catastrophe, the worst nuclear accident and one of the worst man-made catastrophes. Since 2006, Crete For Life has hosted recuperative summer camps for children affected by the Chernobyl catastrophe. The children hosted in Crete suffer from chronic illnesses, such as births defects and disabilities, almost all types of cancer, disorders of the nervous system, bone, muscle and connective tissue, cerebral palsy, and diabetes.

According to international medical research, a month’s stay by the sea and a healthy diet away from contaminated air and food allow the children’s immune system to recover significantly, even more so between the age of 10 and 16, which is crucial in establishing and building up a robust immune system.

The Chernobyl nuclear plant is situated in Ukraine, 30 km from the border with Belarus. The disused atomic plant has been enclosed by a sarcophagus designed to limit radioactive contamination of the environment by encasing the most dangerous area and protecting it from climate exposure. The sarcophagus is ongoing construction. It was revealed that water is leaking through the sarcophagus via holes in its roof, becoming radioactively contaminated, and seeping through the reactor’s floor into the soil.

Chernobyl and the War – On 4 March 2022, the world woke up to terrifying images of a fire that had broken out on the ground of the Zaporizhzhia nuclear power plant (NPP), the largest in Europe, after Russian artillery hit a building 300 yards from the nuclear reactors. Russian troops have attacked and claimed Zaporizhzhia and Chernobyl nuclear sites in Ukraine, sparking apocalyptic warnings. According to experts, the chance of a disastrous meltdown is still low but higher than normal. A meltdown would be on the scale of a Fukushima accident, not a Chernobyl-like accident explosion. However, the consequences are unimaginable.

Radiation is a type of energy that travels through space in waves and particles. Different kinds of radiation have other effects on humans, but all are dangerous. In Chernobyl’s case, the disaster released a radioactive gas called iodine-131 into the air. This isotope is particularly harmful because it enters the body through inhalation and then concentrates in the thyroid gland, causing damage that can lead to cancer and many other health problems.

The explosion at Chernobyl also caused many smaller fires throughout the damaged reactor building. This released additional radioactive gases into the atmosphere, including small amounts of plutonium, which can accumulate in your lungs if inhaled and cause cancer.

The first to be evacuated were pregnant women and children. Once the decision was made on 27 April, buses were sent throughout Pripyat to pick up people. Everyone else was asked to wait and stay indoors until they were given further instructions, but they too would need to evacuate soon. The evacuation zone expanded far beyond Pripyat, and other villages within it were also included in the forced evacuation and some of those living near Chornobyl. Many people had less than two hours to collect their belongings before getting on the buses, taking them away from their homes forever.

About 7,000 older adults, including many pensioners, stayed behind. After the explosion, many who remained in the region had no choice but to do so because they couldn’t afford to leave. They lived in villages that were too small or in areas too poor for any resettlement program to exist. They didn’t have enough money to buy a new house or choose where they would live next, and many of them had never received any money from the government as compensation for what happened. If a person’s house was destroyed by the explosion or contaminated with radiation afterwards, there was little chance that they could afford to build another one. And even if they did have enough money to move away and start over somewhere else, there was no guarantee that their new home would be safe—or even suitable—for them and their family.

The Soviet Union paid each family just 5 US dollars per month after the disaster, which wasn’t nearly enough for food or clothing. Those who weren’t able to work because of health issues from radiation exposure still needed housing and medical care but couldn’t get either without help from government programs like the Chernobyl Aid Fund (CAF), which provided social housing for older adults affected by nuclear fallout.

Even after the disaster, nobody was allowed to go back and return to their homes inside the Chernobyl zone. The main risk comes from radionuclides in the environment, which accumulate in foodstuffs (particularly berries, mushrooms, and game meat) and drinking water from wells dug into contaminated grounds.

Chernobyl and the War – The Ukrainian-Russian war risks becoming another tragedy for entire generations of children, like the Chernobyl Catastrophe in 1986.

May this holiday and the new year bring you peace of mind, good health, and…

The Refugee Crisis in Crete

The refugee crisis has been ongoing on many Greek islands. The Covid-19 pandemic, global warming…

In 2020 – thanks to all our amazing friends, donors, and volunteers – we have…

HOW YOU CAN HELP

Copyright © 2023 Crete for Life - P.O. Box 64 Ierapetra 72200 Crete, Greece - Privacy Policy - Cookie Policy
Back To Top
×
Manage Cookie Consent
To provide the best experiences, we use technologies like cookies to store and/or access device information. Consenting to these technologies will allow us to process data such as browsing behavior or unique IDs on this site. Not consenting or withdrawing consent, may adversely affect certain features and functions.
Manage options Manage services Manage vendors Read more about these purposes
View preferences
{title} {title} {title}